Did You Pray First?

“If my people, which are called by my name, shall humble themselves, and pray, and seek my face, and turn from their wicked ways; then will I hear from heaven, and will forgive their sin, and will heal their land.”—2 Chronicles 7:14

A godly king, backed into a deadly corner, teaches us a liberating truth about prayer.

In one of the great tragedies in all of Scripture, David’s son Absalom has exploited his father’s love and conspired against him. Now the rebellion has grown strong, and David is left with no option but to flee Jerusalem in hopes of living to fight another day (2 Samuel 15:14).

“Prayer is for turning the tide, for changing the seeming course of history.”

As he retreats, weeping as he goes, barefoot, with his head covered in shame, it gets worse. He learns that his most prized advisor, Ahithophel — whose counsel “was as if one consulted the word of God” (2 Samuel 16:23) — has joined Absalom (2 Samuel 15:12). Yet in this most desperate of moments, when David could have crumbled, or wallowed in self-pity, his reflex is Godward. He breathes up a prayer:

Admittedly, the prayer seems utterly unlikely, if not impossible, humanly speaking. None was wiser than Ahithophel. One might as well ask for the sun to stand still as to pray for Ahithophel’s wise counsel to turn into folly. Yet these are the very moments for which God has given us prayer. He opens his ear to his people. Not for calling down more comforts for an already cushy existence, but precisely for the times when life and death are at stake.

Prayer is not an exercise in naming ahead of time what already seems to be the natural course of action. Prayer is not for making an educated guess out loud to God about what seems to be unfolding already. And it’s certainly not for advising God as to how things should go, as if he needed a counselor (Romans 11:33–34). Rather, prayer is for turning the tide, for changing the seeming course of history. Prayer is for desperate times and dire moments, when we’re backed in a corner — when humanly speaking, the desired outcome, and what seems to be our last chance, is painfully unlikely to unfold, and we need God. We need him to intervene.

Without the interruptive fingers of Providence reaching down into the details to disturb what seems to be, from our vantage, the natural course of action, we are doomed. But if he is God, and if he is listening, and if he acts, then we have a fighting chance. Cause and effect do not carry the day. God does. So, David prays.

God Does the Unthinkable

No sooner has David prayed than Hushai the Archite, who is loyal to David, meets him with torn coat and dirt on his head in mourning (2 Samuel 15:32). David has prayed for Ahithophel’s counsel to turn sour, but now David also acts in faith. He sends Hushai to feign fealty to Absalom, serve as a spy, and perhaps even “defeat for me the counsel of Ahithophel” (2 Samuel 15:34).

“Prayer is for desperate times and dire moments, when we’re backed in a corner.”

Hushai goes, and like Ahithophel, is received into Absalom’s conspiracy. One of the first orders of business is whether to chase David down and overtake him as he retreats. Ahithophel speaks first: “Pursue David tonight . . . while he is weary and discouraged” (2 Samuel 17:1–2). Per normal, this is wise counsel. “And the advice seemed right in the eyes of Absalom and all the elders of Israel” (2 Samuel 17:4). The great sage has spoken, and this looks like a done deal. And such will spell the end of David — were it not for Hushai, who then speaks.

“This time the counsel that Ahithophel has given is not good,” says the mole (2 Samuel 17:7). He then paints David not as the weak and discouraged man that he is, but as mighty, enraged, and expert in war. And God does the unthinkable: he turns the hearts of Absalom and all the men of Israel to say, “The counsel of Hushai the Archite is better than the counsel of Ahithophel.” What? This is a stunning turn of events. An impossibility, apart from God. Only God himself can turn the hearts like this. And so, 2 Samuel 17:14 adds the explanation, “For the Lord had ordained to defeat the good counsel of Ahithophel, so that the Lord might bring harm upon Absalom.”

No one could have seen this coming. Even David did not at the time of his prayer. Hushai’s deceptive word carries the day, the dominoes begin to fall, and it soon means the end of Absalom, and salvation for David.

He Answers Better Than We Ask

So, God answered David’s prayer. Or did he? Remember how the king had prayed: “O Lord, please turn the counsel of Ahithophel into foolishness” (2 Samuel 15:31). God had not answered that prayer. In fact, 2 Samuel 17:14 confirms that Ahithophel had given “good counsel.” Yet we find no lament from David that God didn’t answer his prayer. No complaints that the Lord hid his face, or that his ears were stopped, or that he could not see. No mourning. No frustration. No wallowing.

David prayed one seemingly impossible prayer, took a modest step in faith, and trusted God to work salvation for him. And David had no sour grapes that God didn’t answer his prayer precisely as he asked. In fact, David delighted to pray to, and to praise, a God who makes a habit of answering better than we ask.

No Scriptwriter Could Guess

In his commentary on 2 Samuel, Dale Ralph Davis observes,

Our God delights to free us from being the author of our own stories of salvation. When we pray, it is not our job to foresee how God might bring out the rescue and lay out the details for him, even as often as it is our instinct to do precisely this.

Most of us fathers would be a little annoyed, if not greatly, if our children not only asked for things but also insisted on laying out exactly how we should go about fulfilling their request. It is a father’s joy to surprise his children with the means, if not with the end.

“Our God delights to free us from being the author of our own stories of salvation.”

Fortunately, even as we try to counsel him, our Father in heaven is patient. He endures our folly. And he also wants to free us from feeling we need to give him directions. Not only can we not give him directions, but we can trust that his heart is far greater for the holy outcomes we want than our hearts are. And his ways of answering our prayers, according to his good pleasure, are more stunning than we can dream. He loves to answer better than we ask.

Not Precisely but Substantially

For those who have walked with this God for even a modest measure of time, we have seen him answer far better than we’ve asked. Which, alongside his Father’s heart (Luke 11:11–12) and the gift of his Spirit (Romans 8:26–27), gives us great incentive to pray, and keep praying. In other words, our human instincts, our ignorance, and our inability to counsel him are no disincentives to pray, but rather good reason to keep asking of him who knows how to give better than we know to ask.

When Paul celebrates “him who is able to do far more abundantly than all that we ask or think” (Ephesians 3:20), he is no mindless optimist. He’s not asking us to groundlessly expect “the best is yet to come” without solid proof in the past and present. And Paul has provided it, rooting his doxology in the gospel he just rehearsed. We were dead in sins, and God made us alive together with Christ. We were separated and alienated, without hope, and God brought us near by the blood of Christ.

In the gospel, our God has already answered better than we could have asked. Christ came, he died, he rose — and though we often don’t know precisely how to pray, we do know that our Father loves to hear our requests, and outdo them.

David Mathis (@davidcmathis) is executive editor for desiringGod.org and pastor at Cities Church. He is a husband, father of four, and author of Humbled: Welcoming the Uncomfortable Work of God (2021).

Time Alone for God: The Ageless Habits of Jesus Christ by David Mathis 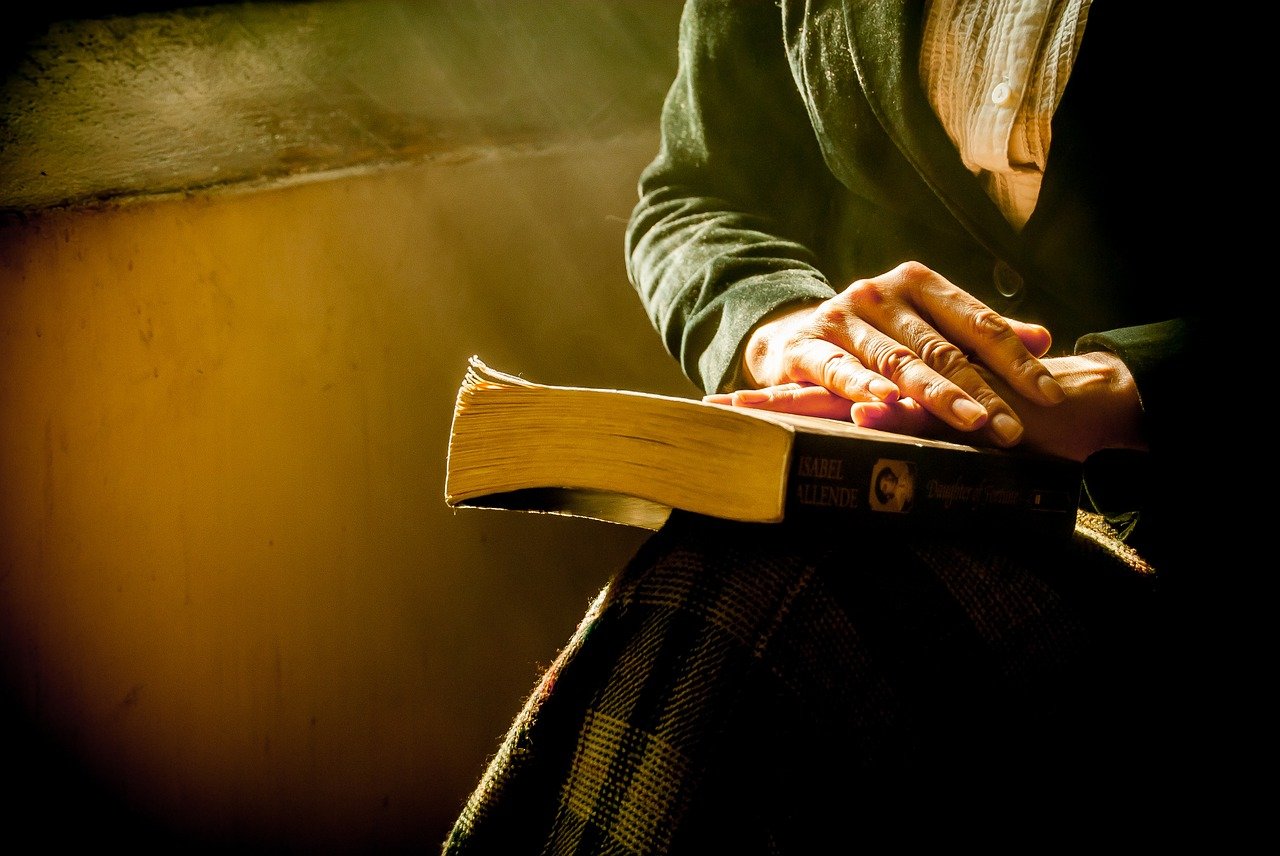 Our God Listens by David Mathis